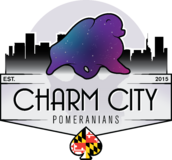 We, the undersigned, have agreed to the following two dogs breeding:

With the following conditions:

1. The Breeding: If the breeding is to be natural, the bitch must have a brucellosis test done prior to the mating and a copy of the report must be supplied to the owner of the stud dog. Brucellosis test is not necessary on a maiden bitch.

2. Medical care during the breeding time: The owner of the bitch assumes all costs incurred for any veterinary procedures and or reproductive services or medical treatment required for the female while above bitch is being bred. Bitches Owner Information:

3. Shipping semen: If semen is to be shipped, the owner of the bitch is responsible for all costs related to collecting and shipping the semen. This includes, but is not limited to, vet costs for collection, and shipping fees. Under certain circumstances, AI may be necessary even if the stud and bitch are on the same premise, bitch owner will be given the option of paying for an AI to be performed at the stud owners’ vet office or by the stud owner herself. Bitch owner understands that the bitch determines the litter size and the stud dog owner can provide a semen analysis of the stud dog semen quality at bitch owner expense.

a. Charm City Poms should have first right of refusal to purchase any puppies offered for sale.

5. Definition of a litter: The owner of the bitch must notify the stud dog owner when the litter is born. A litter is defined as ONE live puppy at birth. In the case of no live births a return service to the same bitch with the same stud will be offered.

a. If the bitch owner decides not to breed the same bitch or use another stud dog on her next season, this contract would be null and void; the stud owner will not owe the bitch owner a repeat breeding or obligated to return any of the stud fee paid.

b. If the bitch owner neglects the bitch or pupp(y/ies) of veterinary care which results in the death of any pupp(y/ies), stud owner has the right to refuse the repeat breeding and would not be obligated to return any of the stud fees.

c. If a bitch is to be AI'd, bitch owner will be responsible for all the collection fees. It is the bitch owners' responsibility to keep the bitch away from other males after she is bred, stud owner assumes no responsibility and won't be obligated to any repeat breeding shall any accidents occur after the bitch is bred.

6. Puppy placement: To protect the integrity and preserve the pedigree of the stud, no puppies may be sold on open registrations other than puppies kept by the bitch owner or stud owner. Open regestistraion may be consididered if the bitch an stud owner mutally agree on a on third party who wants a puppy for use in a reputable breeding program. Bitch owner will provide a copy of pet puppy purchase contract to the stud owner. ONLY the second generation Bitches/Males from these offspring are available on open registration.

7. Non-Disparagement: Bitch owner understands that 50% of a puppy’s genetics comes from the sire and 50% comes from the dam. Therefore, both the bitch owner and stud owner agree that neither one shall directly or indirectly, make or ratify any statement, public or private, oral or written, to any person that disparages the Sire or Dam. This contract is entered in to with good faith by both sire and dam owners.

Any additional or special agreements: Any conditions or provisions must be noted at the end of this form and signed by both parties in order to be valid. This contract supersedes any other written or oral agreements and by signing this document both parties understands fully the contractual terms specified and agrees to abide by all the terms. The stud and bitch owners agrees this Agreement will be governed by the laws in the State of Maryland and may not be altered, modified or rescinded unless agreed to in writing by the owner of the stud and bitch. This is a legal and binding contract. Breech of this contract will result in legal action being taken in the Courts in the county of Baltimore, in the state of Maryland.